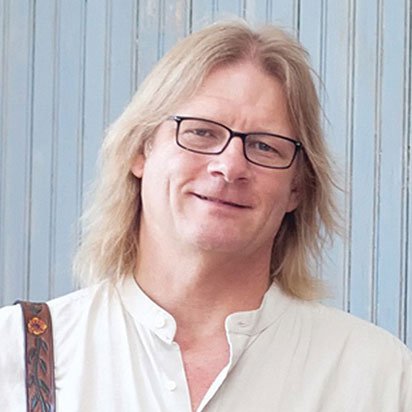 Bruce Ling was born in Chicago, and began playing guitar at age four under the tutelage of his father and uncle, semi-professional musicians involved in Country/Western and Rock and Roll, respectively. He says, “My earliest memories are of picking the melody lines to Hank Williams and Ferlin Husky records on a 1930’s Kay arch-top guitar”. He still uses this guitar when playing Delta Style slide guitar blues.

He took 1st place in the first fiddle contest he entered, the Wild Rose Moon Festival, in northern Indiana in 1993,and again in 1995. In 2001, at Michigan’s largest contest festival, the Shady Grove Fiddle Fest, Bruce took 1st place in Mandolin, 2nd in flatpicked guitar, and 3rd place in fiddle. He has since been asked to, and has been participating as, a contest judge at FiddleFest.

Since 1997 Bruce has fronted his own band “Hawks and Owls”, playing a mix of acoustic based Country blues, Bluegrass, early Swing, Appalachian, Irish, and original fiddle tunes and songs. He has also performed and spoken on many radio programs, stage productions, media interviews, and televised spots. His understanding of the evolution of traditional music is expressed in his performances, where the audience is treated to colorful facts about the homegrown music of the 18th and 19th centuries in America, and the immigration of music from the British Isles in those periods.