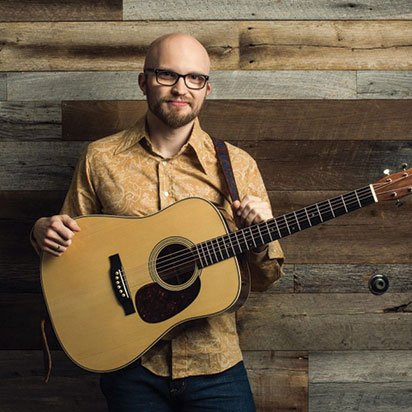 Hayes was raised in central Ohio and started playing guitar at the age of nine. Inspired by the sounds of Bill Monroe, Flatt and Scruggs, and Tony Rice, Hayes completely immersed himself in the world of bluegrass and acoustic music at a young age. As a teenager, Hayes gained recognition playing in local bluegrass bands and winning local flatpick competitions. Around this time his musical interests started to broaden, and Hayes began studying bluegrass and jazz music under the supervision of Andy Carlson, Tom Carroll, and Casey Cook at Denison University, where he eventually earned a B.A. in Music Performance in 2010. After his time at Denison, Hayes became an active member of Boston’s vibrant acoustic music scene while pursuing a master’s degree in Contemporary Improvisation at the New England Conservatory under the instruction of the late, great John McGann.

Upon graduating from NEC, Hayes was given the opportunity to tour for nearly four years with renowned Canadian fiddler April Verch, where he hit the road nearly 250 days a year, playing in over 12 countries and 38 states. In 2015 Hayes left the April Verch Band to pursue teaching opportunities in Columbus, OH. As of 2016, Hayes lives in Grand Rapids, MI and tours with the Lexington, KY-based bluegrass band, NewTown.