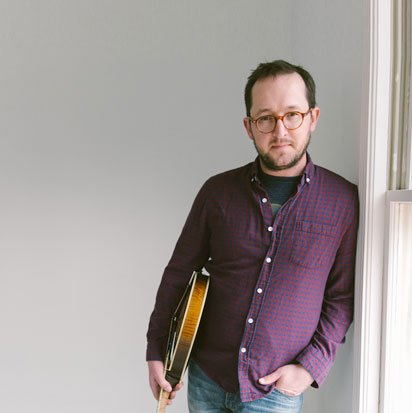 Roots music isn’t made in a vacuum. It’s the creation of a community, of a circle of friends, of a teacher and a student. It’s something to be passed back and forth to be treasured. As an acclaimed master of American roots music, mandolinist and songwriter Joe K. Walsh knows this better than most. He’s toured with countless artists, collaborated with other master musicians like Darol anger and the Gibson Brothers, founded progressive stringband Joy Kills sorrow in the early 2000s, and is currently on faculty at the prestigious Berklee College of Music. His new album, Borderland, is an exercise in subtlety and careful creation. Turning through songs he wrote, or setting the words of Yeats to music, and picking out instrumental tunes of his own creation, Walsh plays and sings with the kind of ease that comes from years of practice and creation.

The touch of sawdust in his vocals, or the buzz of the mandolin strings may hint at the deep rural roots of this music, but what he’s creating now is a new kind of tradition. His first inspiration came as a teenager when he heard David Grisman, and then again when first hearing Del McCoury. The music he heard at that young age opened a window to new harmonic possibilities, and started Walsh exploring how to create new American roots music. What’s surprising then is that his new album is no act of wild fusion. Instead, it’s a joyful exploration of just why he loves this old music so much in the first place. With mastery comes restraint. With nothing left to prove, Walsh has dived deeper into the tradition, seeking to craft new music from old roots.