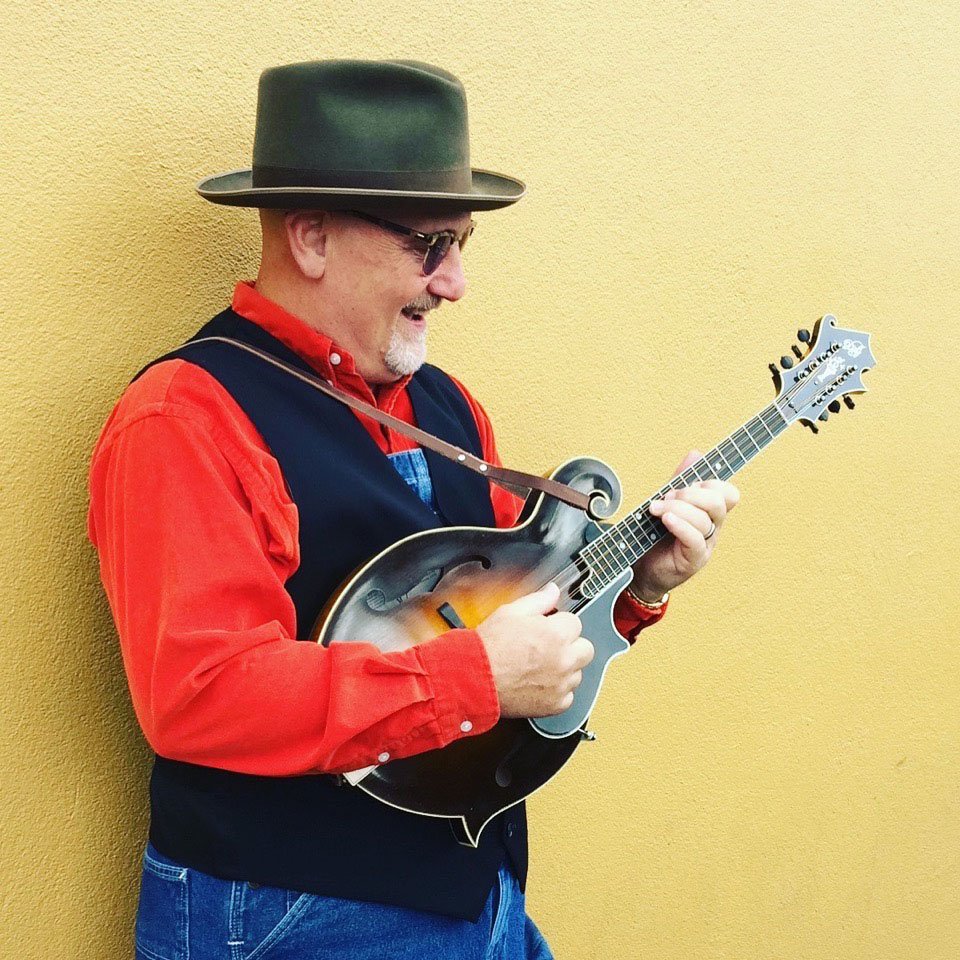 Grammy and IBMA award-winning mandolinist, singer, and recording artist Mike Compton has earned “a worldwide reputation as one of the modern masters of bluegrass mandolin…one of the most recognizable and respected mandolin voices anywhere” (Mandolin Magazine). He toured with John Hartford, Nashville Bluegrass Band, and was featured in the soundtracks for, “O Brother, Where Art Thou?” and “Cold Mountain”. Wearing his signature pressed blue overalls and rocking and weaving with fluid body motion, Compton stuns not by tricks, but through his singing, his ability to engage a crowd, and through decades of honing his technique into the unique, one-of-a-kind Compton signature mandolin sound.