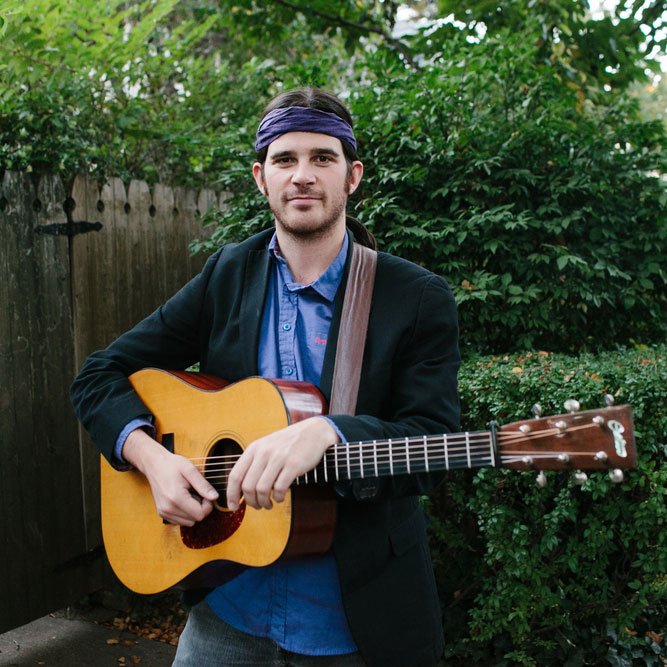 Polish-Colombian Stash Wyslouch is an avant-garde bluegrass guitarist. Imagine the bastard child of Bill Monroe and Sun Ra. Stash’s music dances between wild originals and re-imaginations of bluegrass standards with a penchant for improvisation, story-telling, gospel and outer-space worthy composition. He’s released 3 albums of original music with his own group, The Stash Band, that’s been described by the Boston Herald as a “Sonic Kaleidoscopic of Weirdness and Wonder.”

“A brilliant and Free-thinking Mind” – Chris Eldridge (The Punch Brothers)

When he’s not doing his own thing, Stash can be found playing with the likes of Bruce Molsky’s Mountain Drifters, the Jacob Jolliff Band and Tony Trischka.